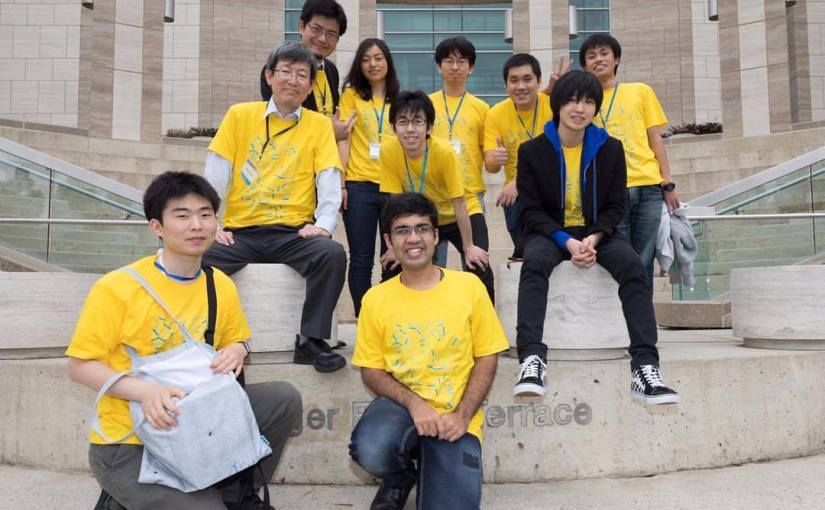 When Richard Feynman infamously remarked, “There’s plenty of room at the bottom” during an APS meeting at Caltech back in 1959, the world of nanotechnology was on the brink of discovery. 58 years later, Murata-Kawamata/Nomura laboratory at Tohoku University celebrated its stunning streak of winning awards at the BIOMOD competition yet again.

BIOMOD is an annual bimolecular design competition curated at the Wyss Institute for Biologically Inspired Engineering at Harvard University. Established in 2011, each year, teams from all across the globe participate in making biomolecular nanorobots, DNA computing, bimolecular self-assembly amongst many others.

The Murata-Kawamata/Nomura Lab first participated in the BIOMOD competition in 2011. Since 2012, the projects by the undergraduate students (mentored by graduate students) have secured one of the top 3 places each year. This year, the team developed the idea of an autonomous self-healing DNA hydrogel using branched hybridisation chain reaction.

The team used the principle of complementary bases in DNA to develop a DNA gel-structure. With conventional HCR (Hybridisation Chain Reaction), it was possible to form a long linear DNA strand but, in order to form a DNA hydrogel, it was necessary to form a cross-linked structure. Therefore, the team designed a gel formation method based on conventional HCR, calling it Branched HCR (BHCR) to differentiate between the two. Such a material can be used to synthesise self-healing materials made up of biocompatible molecules/polymers such as DNA.

The team brought home a total of 5 prizes which includes the 2nd Overall Prize, 1st in Website, 1st in YouTube Video, Project Award (Gold) and Game Engine award. The members consisted not only from the molecular robotics laboratory but also from material sciences, chemistry, agriculture and chemical engineering. Interdisciplinary method was put in use to bring the project to life.

Paul W.K. Rothemund, Director of BIOMOD Foundation, was quoted as saying. “As every year, it was a great pleasure to see the work and enthusiasm of Team Sendai”.

The team was led by Kensei Kikuchi, a second-year student at the Department of Material Science and Engineering. Being his second year of participation he says, “Based on my experience, I knew BIOMOD is really tough. Also, I was the youngest leader of the team so, I was reluctant to do the job. However, I decided to prepare myself and worked as a leader. For the next 4 months, we faced several challenges about what we can and what we should do for our project. Finally, we came up with idea of self-healing system at the end of July. All members knew what they should do and worked hard to realise the project goals.”

The team is currently working on officially publishing the results and have already started working for BIOMOD 2018.

The official video made by Team Sendai can be seen at https://youtu.be/aMsyQ9d59PE