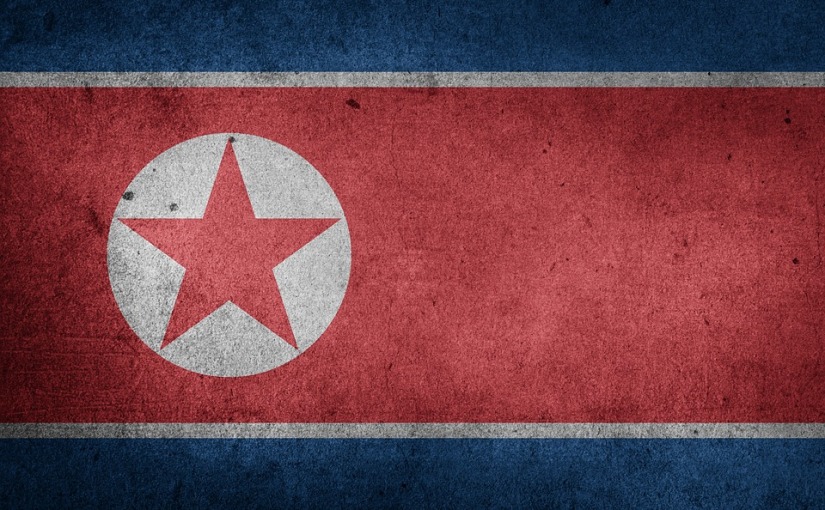 Tensions have increased exponentially in the past one month both within the Korean Peninsula and around it. I received this emergency alert in the morning from the Japanese Ministry of Internal Affairs and Communications signalling a North Korean missile that flew past Hokkaido and landed into the Pacific.

However it is not the missile launches that are to be feared but it is the escalating tension and growing public insecurity that needs to be challenged. The international media has unanimously failed at shaping public opinion on this matter in what I would go so far as to call a breakdown of journalism. A simple google search of North Korea would yield headlines such as:
“6 ways North Korea will lash out against America”
“The North Korean Threat Beyond ICBMs”
“Nuclear blast IMMINENT, warn security services”

This is not the first time the world has seen events like these. In fact tensions between the US and North Korea have gone through almost cyclical phases in the past 30 years. By ignoring any historical context and circling around the “threat of war” catch phrase like vultures to increase their TRPs, the media has on this occasion succumbed to blatant fear mongering and unproductive journalism.

First off, it must be acknowledged that the North Korean regime is one of the most brutal regimes in the world (if not the most) and there is an ongoing humanitarian crisis within its borders that needs to be solved. That said, the media framing of the situation as a battle of Good vs Evil/Hero vs Villain is an incredibly dangerous one because it justifies any actions taken by the forces of “good” and denounces every action of the forces of “evil”, thereby closing the universe of political discourse and enforcing one dimensional thought. The ends do not always justify the means and certainly not when the ends are uncertain. At this point, this one dimensional thought is what has led to the escalating tensions and a slow death of diplomatic reasoning in favour of more aggressive and less effective methods.

Also, don’t get me wrong. The threat of nuclear war is definitely imminent and is one of the two greatest threats to humanity (the other being climate change). But this threat of nuclear war is massively misdirected as the 13800 warheads that lie between two of the largest superpowers of the 21st century (US and Russia) go vastly unchallenged despite rising tensions between the two along the Russian border. A fact not many are aware of because of the media apathy.

Coming back to North Korea, I mentioned that tensions between the DPRK and US have gone through almost cyclical phases and are by no means a tension between the forces of “good” and “evil”. The distinction between the two is blurred when it comes to the modern state. The question that must be asked is can something be done about it?  Therefore it is important to take historical context into account when looking at the situation at hand and learn from it.

Going back a little further, North Korea joined the Nuclear Non proliferation treaty (NPT) in 1985 and 7 years later in 1992, the safeguards agreements of the NPT came into effect for North Korea. In reports submitted to the IAEA shortly thereafter several inconsistencies emerged between North Korea’s declarations and the reports. The IAEA after investigating the reports suggested that there was an excess of undeclared plutonium in North Korea. To investigate further, it asked North Korea for access to two of its nuclear sites. North Korea denied any access and in 1993, it withdrew from the NPT. This was then taken up to the Security Council. Later that year,  North Korea proposed to open negotiations with the United States on all problems between the two countries. The Clinton Administration agreed as long as inspections by the IAEA were allowed. There is no time to go into the detailed history but in 1994 the Agreed Framework between North Korea and the US came into effect. According to this framework, North Korea’s nuclear power plants would be replaced with light water reactors to prevent its development of nuclear weapons amongst other things. In return, the US would cooperate in a step by step normalisation of relations with North Korea. The agreement was not perfect but was certainly a step forward.

Notice that a regime as brutal as North Korea was open to and in fact proposed negotiations  for the easing of tensions, revealing the possibility and success of non aggressive diplomacy. A fact that seems to have been forgotten now. Also interestingly, reports suggested that the U.S. regarded the Agreed Framework primarily as a non-proliferation agreement, whereas North Korea placed greater value on measures normalising relations with the U.S. And it was also reported that the Clinton administration agreed to such an agreement primarily because it believed that North Korea was on the verge of collapse after the death of its ruler, Kim II Sung anyway.

This agreement was destroyed completely in 2003 by the Bush administration when Bush labelled North Korea as part of the “axis of evil”. Relations once again deteriorated until the six party agreement came into being in 2005. According to this, North Korea would completely dismantle its nuclear weapons and missile systems in return for a non aggression pact with the US. Light water reactors would be developed to be used for peaceful purposes instead. It didn’t last very long. The Bush administration undermined the agreement shortly after signing it. It dismantled the consortium that was supposed to provide the reactor. And it immediately imposed pressure on North Korea. Financial transactions of North Korea were blocked including perfectly legitimate trade. In retaliation, North Korea once again started producing its nuclear weapons and missiles.

So this has roughly been the situation for the last 30 years. North Korea is one of the most brutal regimes on earth but the fact is, it is instilled with a self preservation instinct. There is even general agreement that it wants to carry out economic development in whatever limited definition of “development” it adheres to, which it can’t do if it is pouring all its scarce resources into arms production, thus reasserting the importance of diplomatic agreements. It is the people in North Korea that ultimately suffer in the see-saw of state powers.

There are proposals being made even now that the media has chosen to ignore or be apathetic to that can help ease tensions to a great extent. China and North Korea proposed to freeze North Korea’s missile and nuclear systems (which is the crux of the whole issue anyway) in return for non aggression by the US close to its borders. Trump instantly rejected it. But this isn’t just a case of Trumpean absurdity. Similar proposals were made to Obama as well which were instantly rejected. The reason for this rejection is because it calls for a quid pro quo. The US has made several threats to the DPRK, like the DPRK has in the Korean Peninsula and today morning. Under Trump, these threats include dangerous manoeuvring of nuclear capable B-52s right near the North Korean border.

This may or may not seem like much to people outside Korea but it is important to remember that the Koreans are still scarred by the Korean War. North Korea was absolutely flattened. I would urge all of you to read the reports from the war. There were no targets left. And it was also a war which saw one of the worst war crimes of its time. American B29 bombers under US orders and UN permissions dropped 150 tons of 2000 pound bombs on the Toksang irrigation dam which flooded the entire valley all the way to the Korean Bay and Yellow Sea – thereby “Helping to destroy North Korea’s ability to feed itself” as the war report stated. The last time an act like this was carried out was by the Nazis in Holland in 1944 and was deemed a war crime in the famous Nuremberg trials. One needs to read the reports to truly realise the despicably gleeful descriptions given of the bombings and the racist rhetoric used.

This brings me to the culmination of the points I’ve been trying to make. The fact of the matter is, North Korea’s development of weapons systems has historically been a deterrent against foreign aggression. So when Nuclear capable B-52s whiz across its borders, the horrors of its wars are relived by it’s people and simply aids the North Korean media to reinforce fear into it’s people. I am in no way in support for the brutal regime but the point I’m trying to make is that escalating tensions in the region is perhaps the worst path to take because it is the North Koreans that are deprived of whatever scarce resources that are allocated to them in the first place.

Secondly, the threat of war is in all possibility highly unlikely, from both sides. A fact the media doesn’t seem to realise. It doesn’t take a foreign policy expert to note that North Korea doesn’t stand a chance in a war against any of its neighbours or the US especially given that China has stated it would withdraw support for North Korea if the situation escalates to a war. The North Koreans are aware of this too. On the other hand despite having a President with an IQ comparable to a rock, the White House certainly does not want to enter a war in the region mainly because of the closeness of the South Korean seat of power – Seoul to the Korean Border. The threat of any war and especially a nuclear war in the region (as the media has blindly chosen to focus it’s energies on) is unlikely because an attack on North Korea would most likely see significant artillery bombardment of Seoul and could have several repercussions for the whole region.

So what can be done? I believe that the only way forward also happens to be historically the most viable and simplest one, which is laying emphasis on diplomatic proposals. When the US raises tensions, North Korea raises them too. When the US lowers tensions, they do so too. There has always been a mirror reaction to US policies surrounding North Korea. Therefore it must be the US and the international community that must step in to resume diplomacy as the modus operandi instead of escalating aggression. Most importantly, pressure to defuse the tensions in the region must come from civil society and the public. When I was in Sydney a week ago, I participated in a rally to call for negotiations to resolve the Korean crisis without war and so I stand instilled with hope and realistic optimism that civil society can help prevent the ongoing tensions from escalating further.

With the Ulchi Freedom Guardian War exercises in effect, the US and South Korea are exploring the possibilities that they may encounter in dealing with North Korea. Sadly none of these possibilities include the possibility of non aggressive diplomacy and peace. Thus the exercises, in their One Dimensionality result in the further escalating of tensions between the countries in the region.

Lastly, it is upon the media as shapers of public opinion to dispel the ignorance and irrationality surrounding North Korea. There is a significant population of Americans who wouldn’t be able to place North Korea on a map and are now pushing for a war for “freedom”. They can easily be dismissed as fringe elements but they reflect the truth of the larger society which is the fear and ignorance of the public. If the spread of fear to gain profits is what media and journalism is reduced to then what difference lies between the media in the freest nations of the world and the state sponsored media of North Korea? This is a question that invisibly looms over television sets around the world today.

All opinions expressed on Op-Ed are personal opinions.